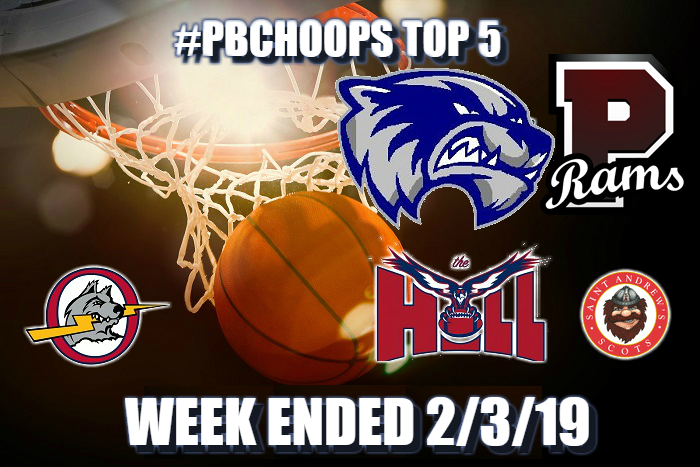 Guess who’s back in the 5 ?? Falcons stay at #2 despite loss. Exciting to see top teams schedule tough games to end the regular season

Top teams have their eyes set on a state championship run and are playing well. Should be an exciting last week of hoops.

#1 Oxbridge Academy - Thunderwolves look to close out an undefeated regular season Saturday against Palm Beach Gardens. Oxbridge is the #1 seed in 11-5A

#2 Forest Hill - Despite an upset loss to Lake Worth Tuesday, Forest Hill remains in the #2 spot and has secured the top seed in 13-8A.

#3 Palm Beach Lakes - The Rams continue to play well after going 3-0 last week with wins over Boca High, Cardinal Newman and Palm Beach Gardens. Lakes holds the #2 seed in 13-8A.

#4 Wellington - Wellington is back in the rankings for the first time since the preseason poll after back to back wins over Jupiter and Palm Beach Central. The Wolverines secure the #1 spot in 9-9A.

#5 St Andrew's - The Scots drop two spots after a close loss to Pine Crest but still hold the top seed in 12-5A.

Since there is no county championship in Palm Beach to play for (more on that in another post), most top teams use the last week to schedule matchups we normally don't get. Here's the best games of the final week of the regular season:

#2 Forest Hill vs Santaluces
The top seeds in 13-8A and 10-9A respectively go head to head in Lantana Tuesday night. Both suffered disappointing a losses last week, going to be an interesting matchup of styles.

#4 Wellington vs Atlantic
Wellington has had Atlantic's number recently, winning the last 3 matchups. Now under the new coaching regime of Rodney Dobard the Eagles hope to get a victory that has been eluding them these last few years.

Dwyer vs Cardinal Newman
One of the better games each year, this time around both teams are also preparing for a tough district playoff.

Boca Raton vs Grandview Prep
The Battle of Boca Part 1. Records go out the window when these two teams face off. Boca has been playing much better as of late.

Boca Raton vs #5 St Andrew's
The Battle of Boca Part 2. Win or lose Tuesday Boca will have the current top team in town on their home court. Plenty of familiarity between these two.

Atlantic vs #3 Palm Beach Lakes
A rematch of last seasons double OT thriller in Delray. This time around it features two former Palm Beach County basketball legends facing each other on the sidelines. First year head coach Rodney Dobard starred for Atlantic, Lorenzo Hands for Twin Lakes back in the late 80's and played together at Florida State. A great matchup with history between coaches.

These are just a few of the game to keep an eye on, check out full week game schedule here http://pbchoops.com/pbchoops/week_schedule