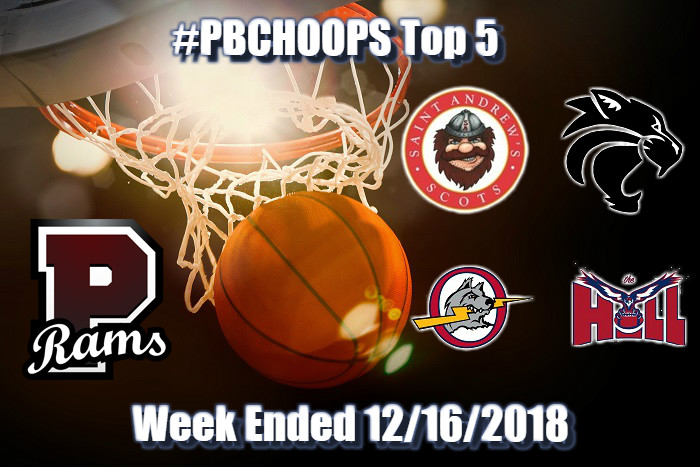 Impressive wins by all 5 teams this week. St Andrew’s proved they’re back, take the #4 spot. Suncoast & Santaluces will be back.

Last weeks article ended with expectation of fireworks for the upcoming week. Week 3 ended up being the most competitive slate of games of the young season. All 5 schools were tested and came out victorious, while others fell just short in closely contested games. What's become crystal clear is that depth and big game experience are the separating factors at the top of the county. Oxbridge Academy's core group has played big minutes together for 4 years and is extremely talented but also battle tested. Forest Hill has the deepest team in not only Palm Beach County but perhaps all of south Florida with talented players that contribute from 1-15, they keep coming and coming until the opponent folds. Palm Beach Lakes is only two seasons removed from a state final four appearance, their key players contributed in that run. Royal Palm Beach returns basically their entire team from last season that suffered close loss after close loss and has learned from the experience. While new Top 5 entrant St Andrew's may have some new faces, they still have players who have been in the system and contributed for three to four years. As the season continues younger teams will continue to grow from big game experience, making them a tough out come playoff time.

#1 Oxbridge Academy - Oxbridge put together 3 wins including a big rivalry victory over district rival Cardinal Newman. The Thunderwolves are off however until January 3rd when the open up The Rock Basketball Holiday Tournament in Broward County against class 9A Oviedo who is currently 7-1 on the season.

#2 Forest Hill - Forest Hill was impressive, going 3-0 which included wins on back to back nights over Chaminade and Coral Springs out of Broward County. The week was capped off by a decisive victory over district foe Olympic Heights.

#3 Palm Beach Lakes - Lakes finished off a furious late 4th quarter comeback with a buzzer beater win over then #4 Suncoast. The game was one of the more competitive so far.

#4 St Andrew'st - It was only a matter of time before the Scot's found their way into the rankings. They have great size and length missing only a signature win. That came Friday night against a talented and previously undefeated Coral Springs Charter squad. Next up is the Kreul Classic, where they will face Miller Grove (GA) Thursday in a bracket filled with competitive teams.

#5 Royal Palm Beach - The Wildcats picked up two district wins over Olympic Heights and Dwyer to solidify their #5 ranking.

Exam week for most schools in the county which means a light schedule heading into the holiday break.

Wellington vs #5 Royal Palm Beach
Wellington has bounced back nicely after a rough start in the preseason and a loss in Week 1 to Westminster Academy. This will be a big test to find out where they stand heading into the next stage of the season. This is a game Royal Palm would surely like to win.

Village Academy vs Grandview Prep
Grandview suffered it's first loss of the season last week and is looking to get back on track against a Village Academy team that has played extremely well to to start the season.

As always the week before the holidays is always light on the schedule side. Next week holiday tournaments kick off and there should be plenty of games to choose from.

Check out our master schedule
http://pbchoops.com/pbchoops/schedule?field_player_gender_value=Male&