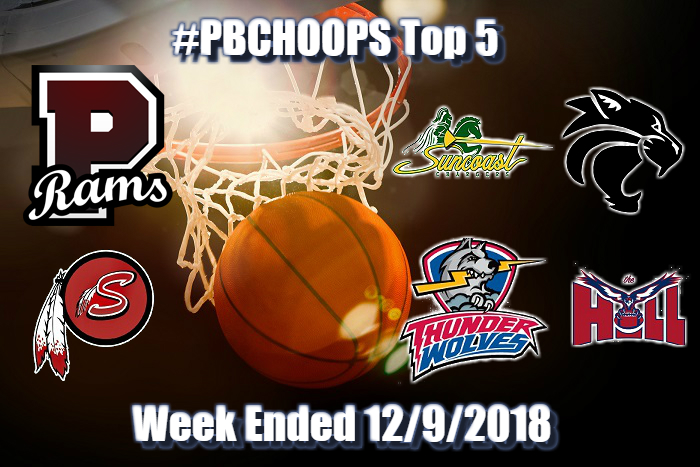 Week 2 turned out to be everything we expected and more. Several competitive match-ups that caused a shakeup in the Top 5 headed into a Week 3. The schedule gives us more than a few games that we will need to have eyes on. Here is a look at the new Top 5:

BIG weeks for Lakes & Santa gets them into the 5. Both undefeated. St Andrew’s just missed. HUGE game Fri vs CS Charter

#1 Oxbridge Academy - The Thunderwolves are solid and playing with a high level of confidence at #1 after back to back wins over quality opponents.

#2 Forest Hill - The Falcons put up two more 90+ point games this week, averaging 95.25 points per game in four victories to start the season, including a 94-73 victory over Park Vista Saturday. This week however they put that ranking to the test when Chaminade-Madonna with University of Georgia signee Toumani Camara, Coral Springs and Olympic Heights all come to "The Hill".

#3 Palm Beach Lakes - The Rams vault into the #3 spot on the strength of a 4-0 start. A big win over a solid Jupiter team to start the season, last week they picked up wins over district foes Dwyer and Royal Palm Beach. Both Dwyer and Royal Palm were ranked in the Top 5 when they met. The Top 5 test aren't done as #4 Suncoast comes in Friday.

#4 Suncoast - Suncoast moves up a spot to #4 after three solid wins, including a victory Saturday night over rival Palm Beach Gardens. This sets up the showdown Friday night at #3 Lakes.

#5 Santaluces - The Chiefs debut at #5 in a tie with Royal Palm Beach. The triple overtime win Friday night over Lake Worth capped a 2-0 week. Santaluces is talented and playing well, it's would have been tough keeping them out another week.

#5 Royal Palm Beach - Royal Palm drops two spots after a tough loss to Lakes but doesn't diminish the quality of the team. The Wildcats will be a force all season and are solid Top 5 team in Palm Beach County.

As teams drop in and out of the 5 there are still a few that are knocking on the door to get in. St Andrew's is making a strong case for a spot, they are just missing on the strength of schedule early in the season, a win Friday night against undefeated Coral Springs Charter along with the upcoming Kreul Classic will add to their power ranking. Speaking of the #PBCHOOPS Power Rankings they will begin to go into effect after week 5 of the season.

The toughest district in Palm Beach County is 13-8A. Forest Hill, Palm Beach Lakes, Royal Palm Beach, Dwyer and a resurgent Olympic Heights team. There aren't many nights off in district play, in addition the team's in the district are scheduling even tougher non-district opponents. Dwyer has played a brutal schedule to start the year, losing a few close games, expect the Panthers to regroup and be back in the mix. Forest Hill is playing at a high level taking any and all comers, this week facing two quality teams from Broward with D1 prospects. Lakes, Royal Palm, Olympic Heights and Boynton Beach have also scheduled tough, which is a good thing because "you know who" is waiting for the winners of 8A come playoff time.

Here are this weeks games to watch and there are plenty: 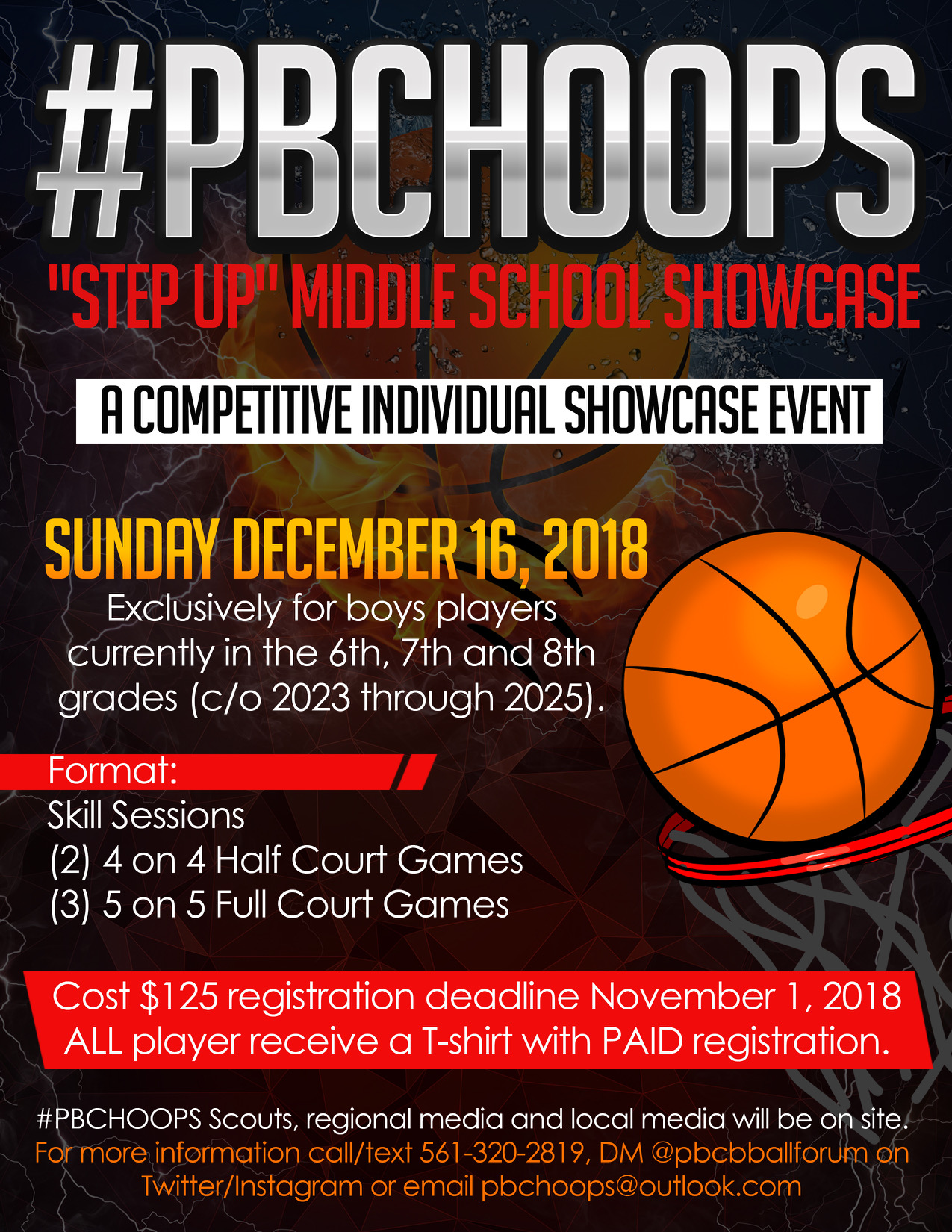 Chaminade-Madonna vs #2 Forest Hill
The Lions come in undefeated and led by 6' 7" Georgia signee Toumani Camara. Camara is high major D1 prospects the likes that not many teams including the Falcons have faced. This will be a tough test for Forest Hill.

#5 Santaluces vs Atlantic
A great district rivalry renewed. The Eagles suffered a tough loss last week to Park Vista and look to bounce back against a hot Santaluces squad.

Coral Springs vs #2 Forest Hill
No rest for the Falcons, win or lose Tuesday night against Chaminade, a revamped Coral Springs comes to town. The Colts under new head coach Jarrett Williams are 3-1.

#1 Oxbridge vs Cardinal Newman
This is the first of what could be four meetings between the two schools. Oxbridge has had the advantage of late but Newman has plenty of size and depth that could cause issue for the Thunderwolves.

Calvary Christian vs Grandview Prep
Grandview is undefeated but hasn't faced any competitive teams so far, Calvary will provide a look of where the Pride stands this year.

#3 Palm Beach Lakes vs #4 Suncoast
Rivalry game, made even better because both teams are in the Top 5. This game will have some of the best guards and bigs in the county on the floor. Senior Sheldon Edwards and junior GianCarlo Rosado will lead the Rams against junior point guard Sam Rolle and sophomore Makye Boles of Suncoast. Expect a few college coaches to be on hand for this.

Dwyer vs #5 Royal Palm Beach
One of the best games of the year every year. Dwyer has been tested early and neither team wants to have two district losses so early in the season. Expect a game similar to last years buzzer beater finish in OT.

Park Vista vs Palm Beach Central
Really like both teams, they both have talented guard play and players that can really light it up. Expect this game to help both come February.

Week 3 is filled with fireworks

Check out our master schedule
http://pbchoops.com/pbchoops/schedule?field_player_gender_value=Male&