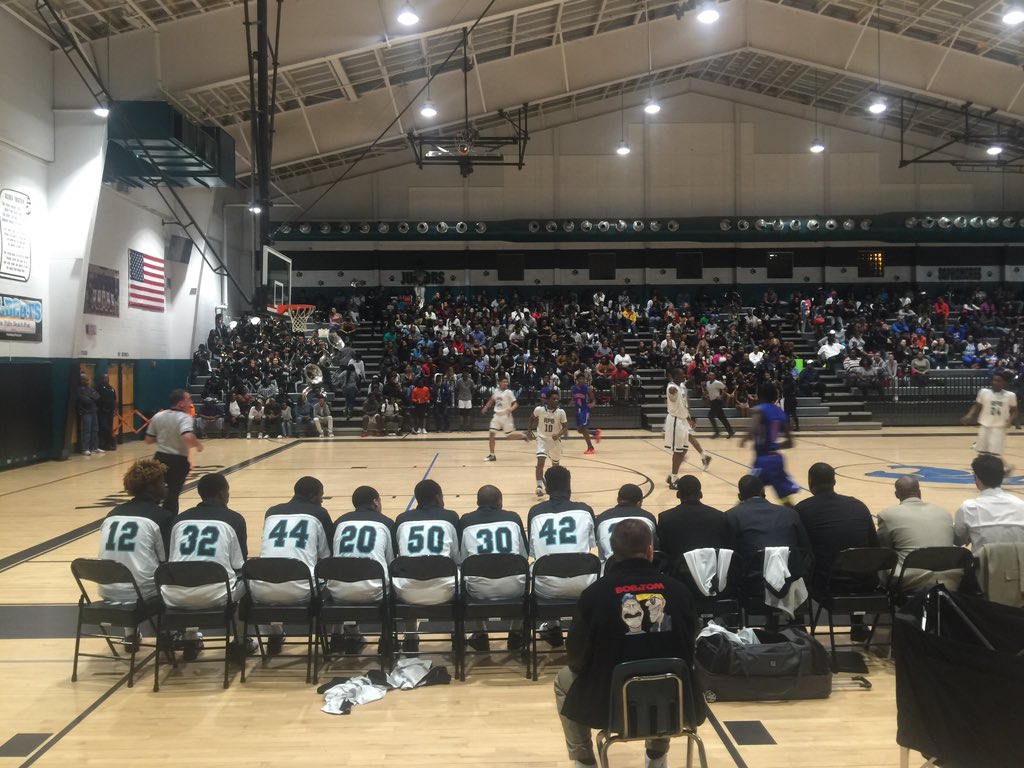 The regular season is now over and it's time for teams to win or go home. Palm Beach Lakes capped off an impressive season at #1 of the #PBCHOOPS Power Rankings with a close win over Palm Beach Gardens Friday night. Lakes closed the season with a power ranking of 32.00. St Andrew's was close behind at #2 with 31.50 followed by Wellington and Dwyer in a tie for the #3 spot both finished with 24.50 power points. Suncoast and Cardinal Newman also tied for the #5 spots with 22.50 points.

The first season of using power rankings was a success allowing a way to better evaluate teams and reward those that stepped up their level of competition.
.

The time for meaningless games is over and #PBCHOOPS teams must step it up if they plan to make any serious moves on the Road to Lakeland. The competition in Dade and Broward is stiff in almost every class. The teams that emerge from their respective district championships will have plenty more work to do in the coming rounds if they plan to make noise.

That being said these district matchups are intriguing and by no means are any of them forgone conclusion. Here's a look at the best:

Along with 10-9A the toughest district in the county hands down. Palm Beach Lakes stellar season has taken them out of the "Bracket of Death" in this top heavy district. Dwyer and Royal Palm will most likely rumble in the semi-final leaving one team moving on and another very good team going home. I've seen Royal Palm several times this season and they have not put a complete game together since week 1 when they throttled Lakes. If they do watch out, they are the forgotten team. On the other end, Palm Beach Lakes will need to beat a tough senior laden Boynton Beach squad or a rugged Forest Hill team. The Rams cannot over look their semi-final opponent, if they do the dream season comes to an end. That being said Lakes is a scary scary team, if they are on, playing D like they do and knocking down shots they can't be beat. I think Royal Palm wakes up and wins the district championship by beating 2 very good teams.

The other most competitive district also has 3 teams that can beat anyone on a given night. Coming into the season I liked Boca Raton to take the title. While they have had some bumps in the road they finished the season strong. Only issue now is the seeding, in order for the Bobcats to advance they will most likely have to beat a Lake Worth team they have lost to twice this season. While it's hard to beat a team 3 times Lake Worth matches up very well with Boca and plays a suffocating brand of defense. In the end this matchup will come down to coaching and execution, I like Boca in that scenario but it's still a toss up. Atlantic is sitting atop the bracket and has really picked up the pace to end the season. They have all the pieces to make a run, inexperience may be an issue but not enough to derail them from moving on the regional round.

Wellington is the class of the district and will move on to the regional round no issue.. John I Leonard comes in as the #2 seed and are a dark horse team to watch, They are another senior led team that can flat out score and has some toughness inside to give teams problems. A potential district championship of Wellington vs John I will be fun to watch. Both teams have a good shot in the regional round no matter who comes out on top.

Grandview and Atlantic Christian are the class of this small school conference. The Saints were right there with the Pride in their game this season. They play a tough brand of basketball and have a guy who can light it up in Kyle Feit. On the other side Grandview is lead by their best player Matt Schner, who can not only stroke it from 3 but can get to the basket. He's a matchup nightmare with his size and ability to shoot the ball. Tough call here but look for Atlantic Christian to come out on top in a very close championship game.

Village Academy has bigger and better things on their mind. They are battle tested and will roll in the district playoff. Jupiter Christian should meet VA in the final, they have a solid team and good guard play.

Westminster Academy has been rolling district teams all season long. They are state powerhouse, plain and simple. Their biggest test will come in the championship game when the face Benjamin. The Buccaneers, head coach Brandon Arnette and super soph Ben Lubarsky have quietly put together a nice season.

Cardinal Newman and Oxbridge Academy are destined to meet in the final, but honestly neither team really benefits from winning the championship if they lose what most likely be a rematch in the regional round. They split this season and we can't really be sure what to expect.

Don't know much about the other teams but know plenty about St Andrew's.. Their good.

Suncoast has really come out of nowhere this season. We knew they were a team to watch with all that talent and youth but they put it together nicely. They did all this while getting hit pretty bad by the injury bug. If they are healthy expect a long run, either way they win this district.

Well that's it.. Don't be surprised if some of these predictions are wrong and also don't be surprised if there is an upset or two early. There is not a lot of separation between teams and no true dominant team this year. Anything can happen. Should be a fun week.